The fan rivalry between the Pittsburgh Steelers and the Philadelphia Eagles is legendary. Two Pennsylvania teams that are driven, determined to be the best. Nowhere else in the state will you find such a colorful division of die-hard fans!

Our own team, just like most of Central PA, is split down the middle.  We have a playful competition in place for bragging rights. Last week’s big win for each team has reinvigorated our office “rivalry”.  Drew Tuma, our Contract Manager, is whole-heartedly a Steelers fan. “Beating the Patriots always feels good. When it's at home, in December, keeps us at the top of the division, and in the playoff picture it feels great! The Patriots lost two weeks ago to Miami and they haven't lost two games in a row since 2002, so being able to break that streak makes it even better!” One of our buyer’s agent, Kevin Mullen, is an avid Eagles fan. He, along with the other Eagles fans on our team, are hoping that Nick Foles can do the miraculous and lead the Eagles back to another Super Bowl.

Friendly rivalries and competition certainly abound in our office, so it’s interesting that we can easily relate our business to Football. The Real Estate world can draw some similarities from this sacred sport. Our team has a comradery that is not usually seen within the workplace any more. We constantly try to do better than our competition, and we have gathered some great fans along the way! 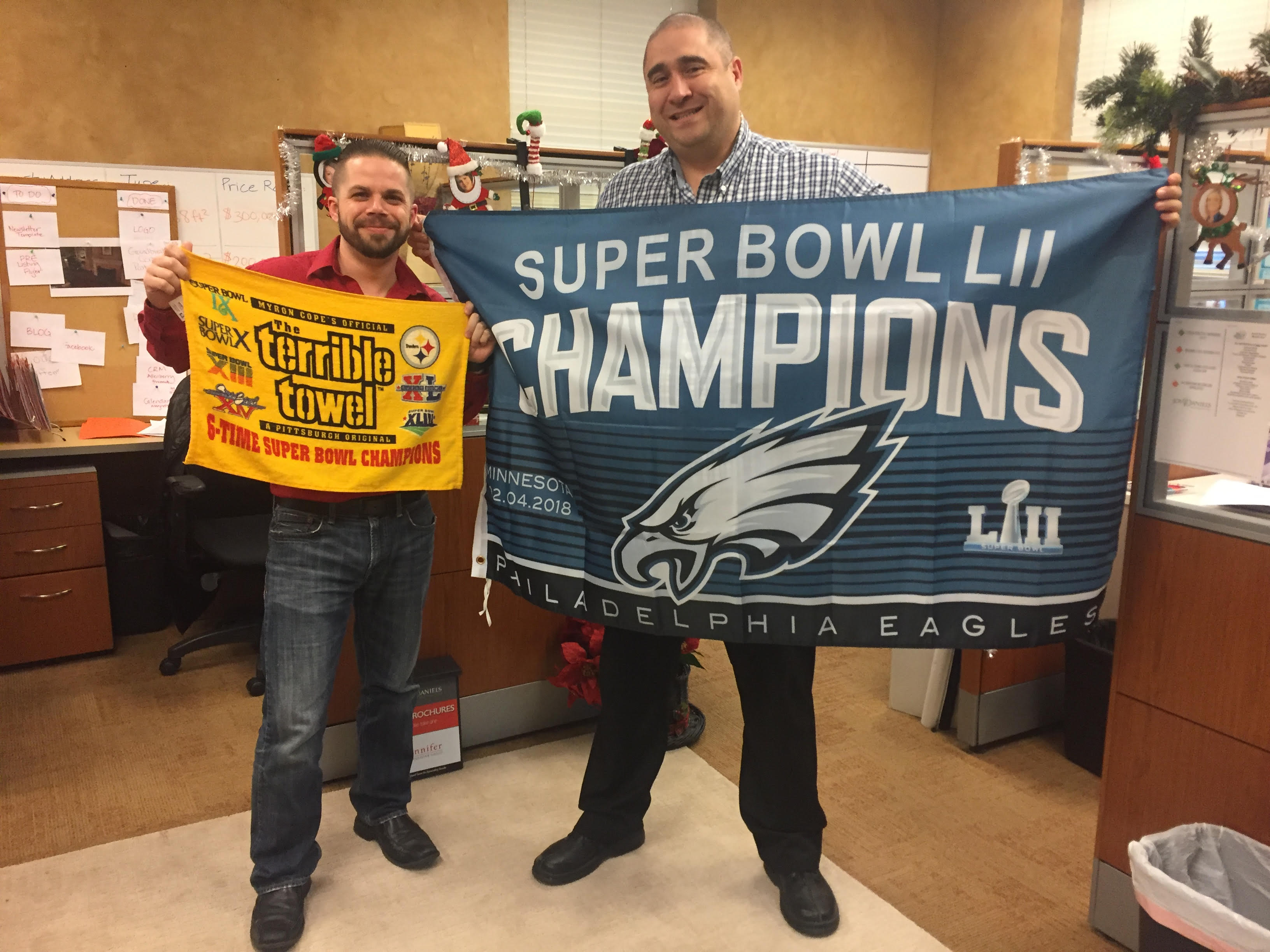